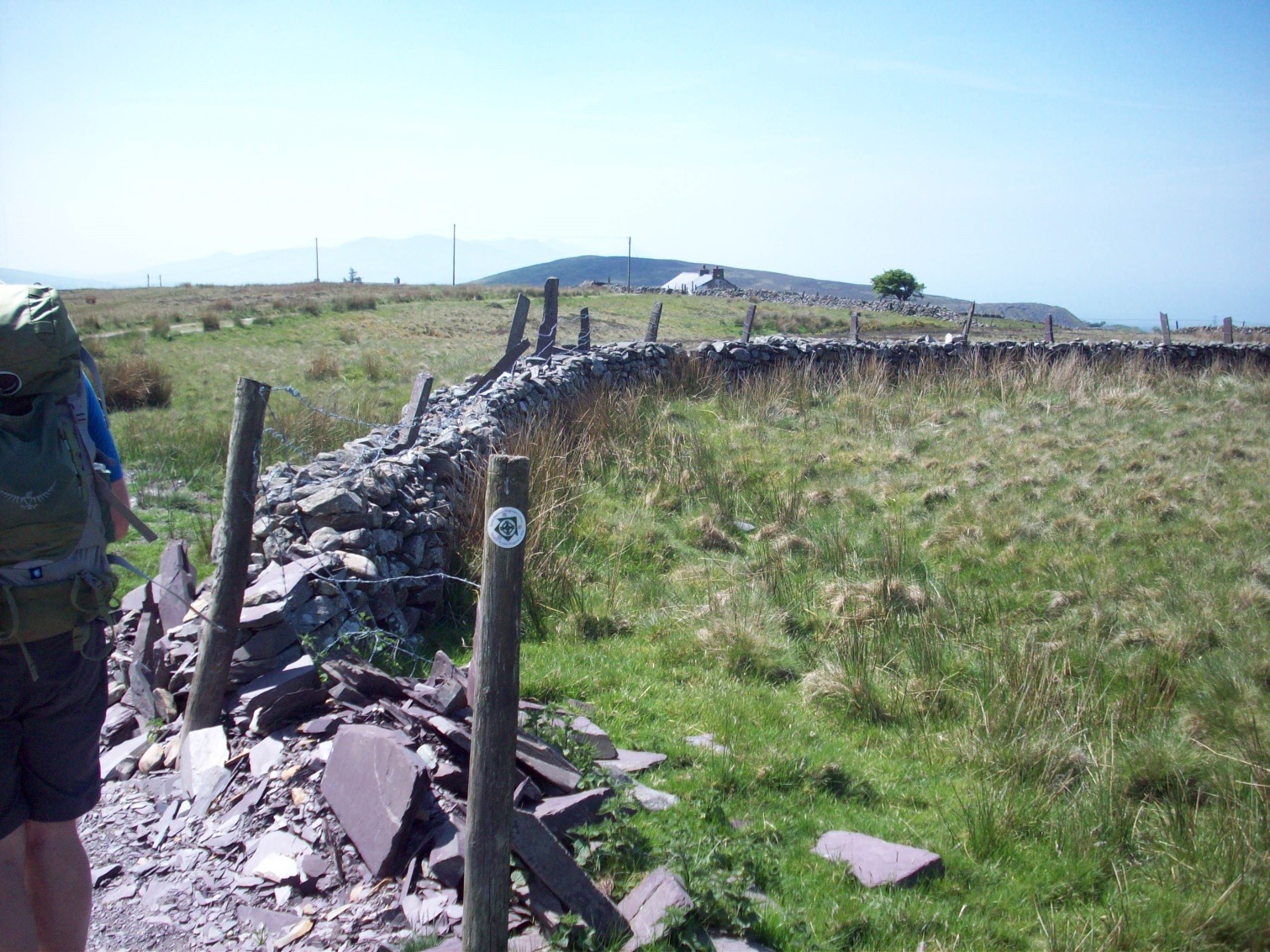 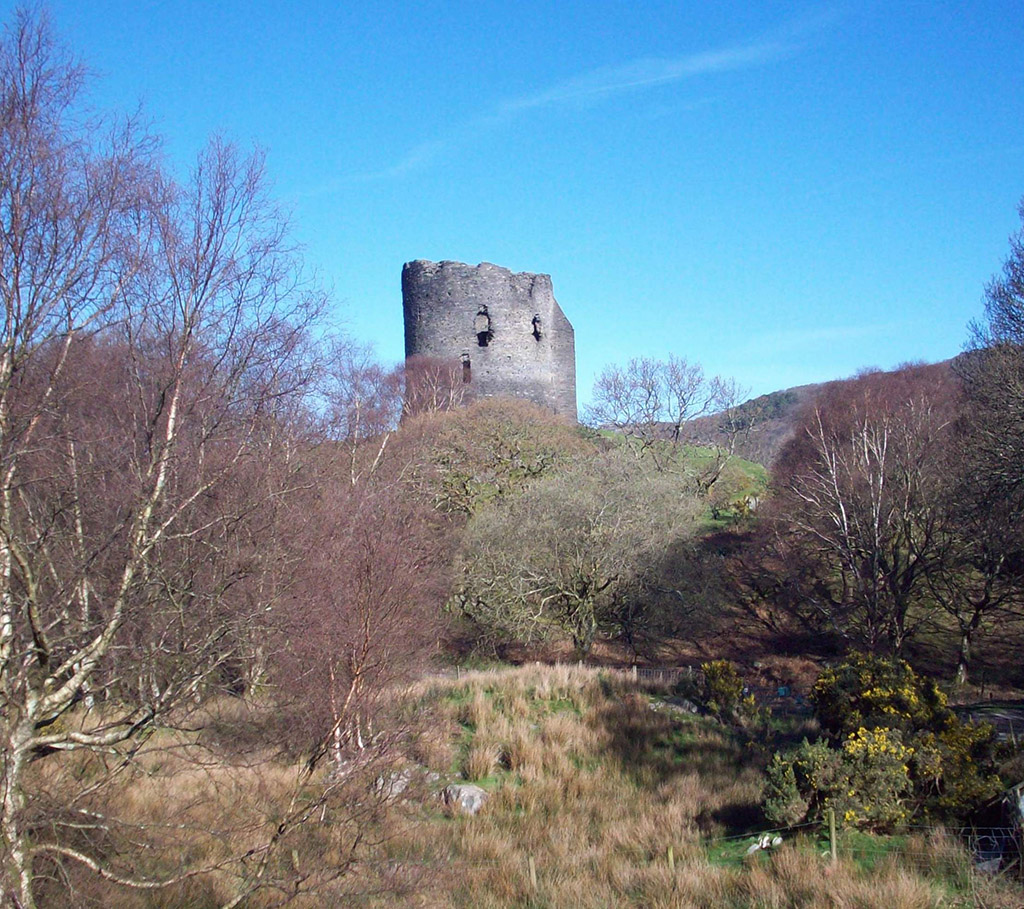 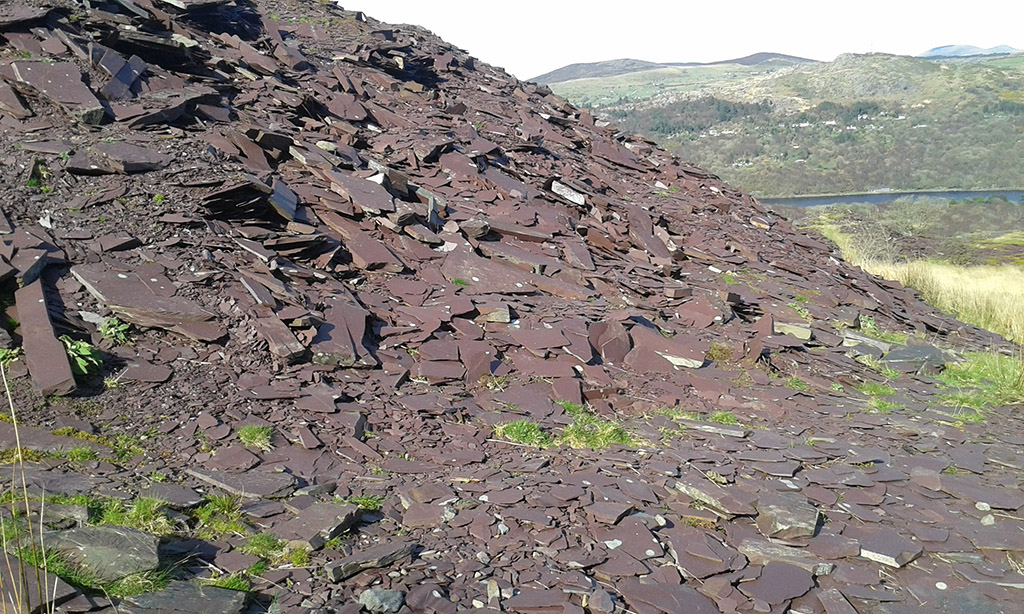 The leg to Waunfawr leaves Llanberis through its narrow streets, following a lane high up above the village. This is also part of the North Wales Pilgrim’s Way which continues along good forest tracks and lanes which take you to a footpath down into Waunfawr.

Leave the High Street by way of Lon Ty Du, to follow the lanes and the North Wales Pilgrims’ Path onto the hillside high above the village.

Then follow a wide track, passing through forestry and quarry workings, before joining a narrow lane. Follow the lane and field paths into Waunfawr, where Antur Waunfawr has a café. Refreshments and camping are available at the Snowdonia Park Inn.

Note: Bullet point no 1 on page 40 of the earliest edition of the guidebook has an error. At the top, turn right then left to ascend….. This has been corrected in subsequent editions.

These quarries operated from the 1700s to 1930. The Lower Quarry was acquired by the Air Ministry in 1939 for munitions storage of some 18,000 tons of explosives in a two storey structure. They occupied the site until 1961. A major collapse of the building buried 14,000 tons of munitions, along with a 27 wagon train which was in the process of unloading. After the war, the RAF School of Explosives used the site for training purposes, detonating bombs within the quarry. In 1969, clearance of the site began, an operation which lasted for nearly six years. 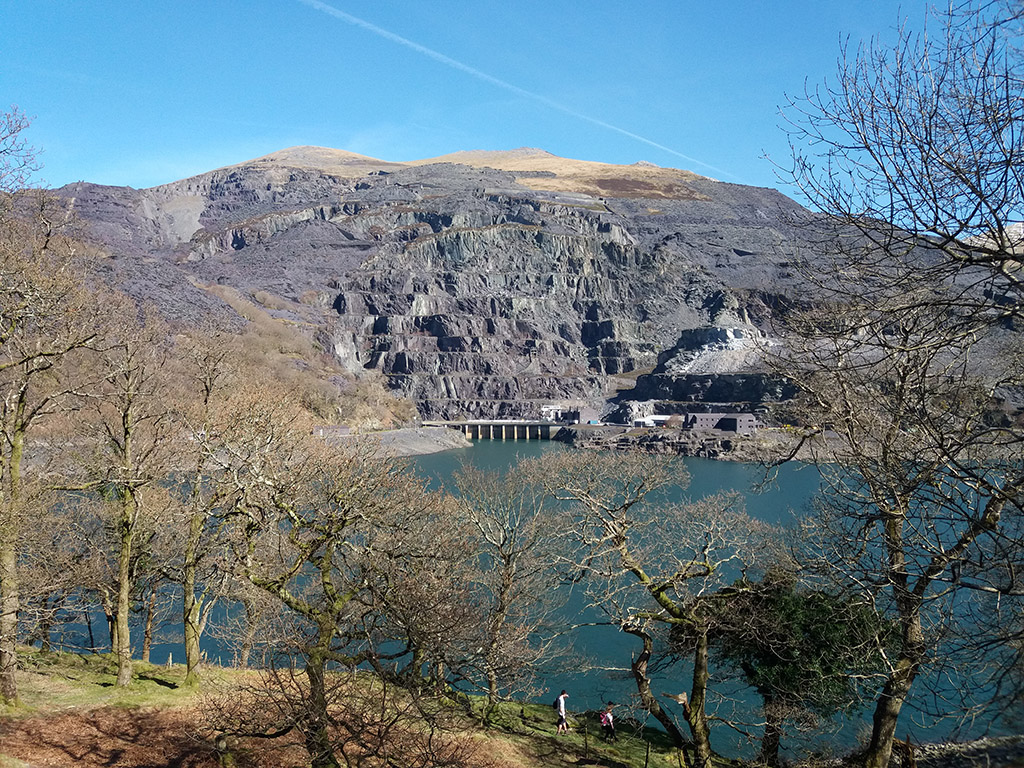 The Pilgrim’s Way is a walking route of over 130 miles. Basingwerk Abbey, which served as a hospital to pilgrims going to Holywell in medieval times, marks its start.

The route celebrates the heritage of those Celtic saints whose stories are lost in the mists of time but whose memory reverberates in ancient churches and at holy wells along the way.

Tiny stone churches nestled into the hills provide shelter and rest along the Way, much as they would have done in the past.

There is much to see, including the 12 foot high cross at Maen Achwyfan – 1,000 years old, carved with Celtic knotting and still standing enigmatic and isolated in the middle of a field, with its mix of Christian and pagan symbols. Also, the Way passes well-preserved stone circles above the Conwy valley.
To cross the sea in an open boat and finally to arrive on Bardsey Island is the pinnacle of the experience.
http://www.pilgrims-way-north-wales.org/

Plans for a railway up Snowdon from Llanberis were first proposed by Sir Richard Moon, Chairman of the London & North Western Railway, after a branch line from Bangor to Llanberis had been completed in 1869, met with stiff opposition from the landowner George William Duff Assheton-Smith. However, plans in 1877 to promote a railway from Porthmadog to the summit of Snowdon, and the opening of a narrow-gauge railway to Rhyd Ddu in 1881, led to a significant loss of trade to Llanberis.

This prompted Assheton-Smith to change his mind and Sir Richard got his way, The Snowdon Mountain Tramroad and Hotels Company Ltd. was formed, and the scene was set for one of the world’s great feats of engineering to begin in 1894.

150 men with picks, shovels and dynamite built two viaducts, carved out a 100-metre cutting from solid rock, constructed several bridges and laid almost eight kilometres of track up a one-in-seven gradient to the top of a mountain – all in 14 months.
A patented rack-and-pinion (cog) railway system, perfected by Dr. Roman Abt, was reliably working in the Swiss Alps and on the Manitou & Pike’s Peak railway in America. There were no other likely contenders and Abt’s system is the one still working today. So why not buy the locomotives from the same source? Of the original Swiss-built steam locos, four are still chugging up and down the mountain today. It has been calculated that No. 2 locomotive, Enid, has covered a distance 3,075,200 kilometres, equal to four journeys to the moon and back, since entering service in 1896.